About I’m an Engineer

I’m an Engineer is like school lessons meet the X Factor! School students choose which engineer gets a prize of £500 to communicate their work.

Engineers and students talk on this website. They both break down barriers, have fun and learn. But only the students get to vote.

This zone is the Space Zone. It has a range of engineers studying all different topics related to space and communication. Who gets the prize? YOU decide!

The Space Zone is funded by the Science & Technology Facilities Council. 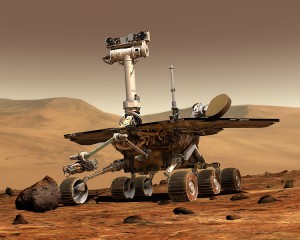 Engineers design build satellites, and robots that will map and explore those distant planets and stars. We’ll be looking at rockets, robots, probes, and satellites. How does a toilet flush in space? How do you control a robot on another planet? What’s the fastest rocket engine ever built?

The engineers in this zone build flying equiptment that can be used to explore the planets in our solar system, design spacecraft that look at climate change, and build robots to test navigation and sensors for robots being used to explore Mars and the Moon. There’s also an engineer building computers to help spacecraft navigate, and one designing parts for satelites.

Students, this is your chance to ask the engineers anything.

Once you’ve registered using the link on the card that your teacher gives you, you can ASK questions to the engineers.

Click this to visit the ASK page, where you can ask the engineers your questions.